Bringing tradition back to a traditional sport

SKY Lacrosse was born out of a personal challenge and a very special relationship. 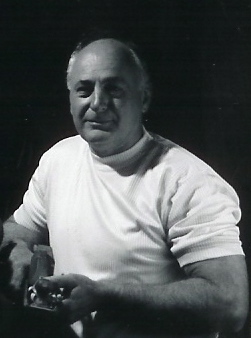 David Del Zotto is my father-in-law, my employer, my mentor, and my friend.  Cut from a different cloth, David’s unique skill-set combines a lifetime of home building knowledge and an affinity for those that honor the trade.  David is the real deal, a second-generation Italian American who continues to build some of the finest custom homes in upstate New York.  With over 68 years of impeccable quality and design, Del Zotto Builders knows a thing or two about working with wood.

One day not so long ago David told his grandson and my nephew, 15-year-old Luigi, to raise his school grades.  In exchange for better grades, David offered to pay for new lacrosse equipment.  Within weeks Luigi’s grades improved and off they went to the local lacrosse shop.

David knew very little about the sport so as he waited to pay the bill, he noticed the wall full of lacrosse shafts and grabbed one.  He was shocked at the price: $160 for a short piece of aluminum was outrageous!  When he asked the young salesman why it was so expensive, the clerk answered, “because it’s so light and super strong”.

Without hesitation, David put the shaft over his knee and began to bend the stick in half.  The salesman’s eyes almost fell out of his head. “STOP!” he yelled, “you’ll break it!”.  “For that kind of money, David intoned,“it better not break.”

Then David asked why they didn’t sell any wood shafts. “They would be much stronger and a whole lot less expensive.”  The clerk informed him that “nobody makes those anymore,” adding a bit cheekily, “I doubt they would stand up to these high end alloy shafts.”

Well that didn’t sit well with David and he left the store knowing that he would be returning later that week to pick up Luigi’s gear (custom strung head, embroidered gloves, etc.). He was also determined to show that kid behind the counter what a wooden shaft could do.

The next day David was still fired up and told me that I had to make a wooden lacrosse shaft ASAP.  I had never attempted this before but I have the equipment, fine carpentry skills, and a keen knowledge of hardwood.  I looked up the specifications and produced my very first lacrosse stick.

At the end of the week David returned to the lax store and slammed the wooden shaft on the counter demanding of that same clerk, “what do you think of that?”  The young salesman was actually impressed. He asked if he could take it to practice and try it.  As it turns out, that clerk was also a lacrosse team captain at a local college.

Before long, the phone was ringing with other collegiate players wanting their own custom handmade wooden shaft.  Cue the lightbulb over my head. I thought, “maybe there’s an opportunity here.”  An opportunity, that is, to put something back into the marketplace that the big manufacturers just don’t make anymore.  A little more research proved that there were only a handful of small companies making wooden shafts.  I saw what was available and knew I could compete.

I have been taught by David to use the very best materials, to stand behind my work, and to let the finished product speak for itself.

At SKY Lacrosse we handcraft the finest, most beautiful wood lacrosse shafts in the world.  I accepted and met David’s challenge.  My legacy is to honor the man that presented it. We all have a responsibility to honor the game that I, and many others, love.